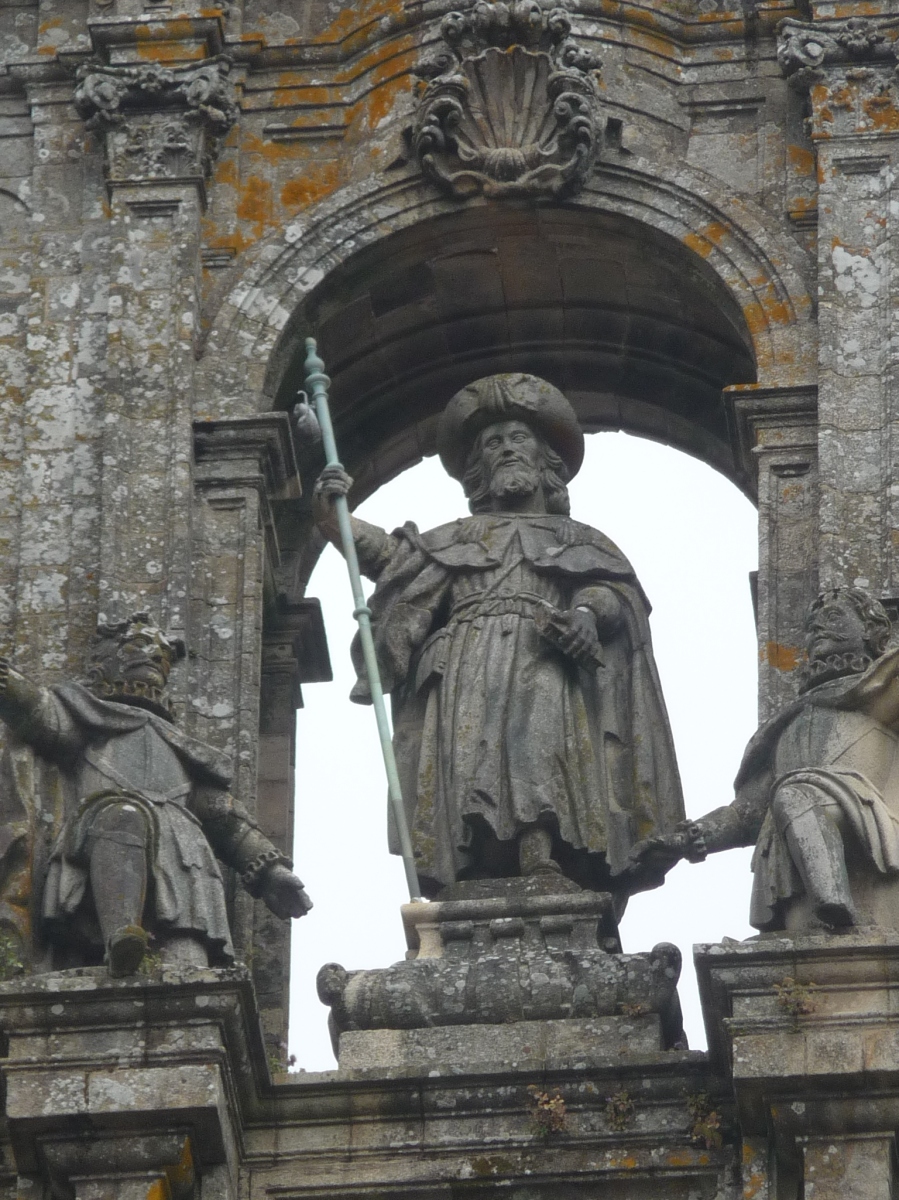 And it happened one day that, when the altar-guards were sitting in their usual place, three knights from the country of Périgord came to Saint James on a pilgrimage. And as they lay before the altar, after saying their prayers, they turned to the guards and said:

‘This man who comes here with us–rise to your feet and greet him warmly, for the Apostle has performed a most marvelous miracle for him, saving him from the gibbet where he had been hanged.’

That man of whom they were speaking came up to them; he was very young, he was dressed in very fine cloth and he seemed like a man of high rank; from his neck there hung a bent oak bar, and approaching the altar he began to cry out and say:

‘My Lord Saint James, here is your servant, whom you saved from the noose of death!’

And then those present asked him why he had that bar hanging from his neck and how it had come to be there, and he told his tory thus:

‘The lord of a castle of which I am now in charge had two children; one was a boy and the other was a girl. The girls married a knight, and he was very powerful and a very wicked man; after his father-in-law’s death he claimed the castle saying that half of it was his, through his wife, and he wanted to deprive his wife’s brother of his inheritance. His father-in-law had entrusted hte castle to me and, since it was my understanding that the son had the greater right to inherit it, and that the other man wanted to disinherit him, I protected the castle as best I could. That lady’s husband saw that I was opposing him in the matter of the castle and that I was determined to keep faith with his father-in-law as I had promised; so he hated me and had thoughts only of kiling me, because he belived that if he killed me he would be able to acquire the castle. With ideas such as these he came to me one day in the castle and took me prisoner; and once I was in his power he tourtued me terrible, and on one occasion I felt very great duress and I said to him:

“Whatever torture you apply to me will not hurt me, for my lord Saint James is protecting me against you and will now appear here before you.”

“Whether Saint James can save you from my hands is something we’ll soon see.”

And then he took an oak bar, this one you see hanging from my neck, and he threw it over my throat and then he gibbeted me. And once I was hanging there, he pushed me from side to side with a lance he held in his hands, to make me die all the sooner.

And now I clearly saw Saint James, who loosened the noose round my throat and positioned my body as if it were propped up on a ladder. Once all those who had come there had gone away, my wife came up to me where I was slumped; she was clutching her hair and wailing and calling me by my name. From where I was slumped I replied to her and said:

“Do no weep, but take me from here quickly, for I am alive and Saint James has placed me like this.”

And my wife hurried away and found a ladder and took me down from the gibbet.’

And this was how the pilgrim told the story of how he had been freed from the noose of death by the apostle Saint James, and as a sign of this miracle he left upon the altar the bar he brought with im, from which he had been hanged. And with great joy he returned to his land.